So what makes Cubans some of the finest cigars in the world? 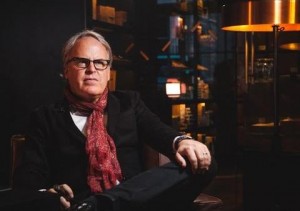 “If you’re interested in cigars, we’re already friends” says James Suckling, Cigar Aficionado Magazine’s Man in Havana. He’s an American based in Italy who has been coming to Cuba since 1992 and agreed to dispense some advice on a recent visit.

We’re sitting in leather easy chairs in the Conde de Villaneuva cigar shop in Old Havana, where the air hangs sweet and sticky with the essence of past cigars. The cheapest handmade variety here is Romeo y Julieta‘s short Corona, in individual metal tubes for about US$3 (euro2) a piece. Top of the line is Cohiba‘s Esplendido, at $20 (euro13) each. 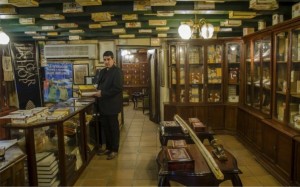 Suckling and I are smoking Hoyo de Monterrey‘s Hoyo Corona, a smooth, sweet-smelling cigar perfect for beginners. He’s getting a “cedar or a nutty flavour” from his. I’ve been inhaling too much and my throat burns.

Nothing is more Cuban than cigars and they are hard to top for romanticism and mystique. Fidel Castro gave up his trademark cigar on doctor’s orders, but Winston Churchill’s love of Romeo y Julieta was such that the brand named a long, fat variety after him in 1947. John F. Kennedy preferred H. Upmann and so craved Cubans that he dispatched his press secretary to stockpile 1,200 Petit Upmanns before signing the U.S. trade embargo against the island in 1961.

Some experts say Cuba’s cigar quality has been surpassed in Nicaragua and Honduras, where Cubans work in the factories using their country’s fabled hand-rolling techniques. But for most  American cigar smokers, the true appeal of Cubans has little to do with quality or taste. “It’s the forbidden fruit factor,” Suckling says. `”It’s like the Holy Grail of cigars.”

Suckling gives me a cigar he had been saving, a 1989 Punch Punch. It’s a lesser-known Cuban brand, especially coveted among cigar fanatics. I also buy arguably the island’s best-selling cigar, Montecristo‘s No 4.

Cuba’s cigar monopoly, Habanos, S.A., produces 27 premium brands that come in 220 different sizes, ranging in length from 4 to 10 inches, or from slightly larger than a cigarette to longer than a Chihuahua.

My Montecristo is long, fat and caramel-colored. As instructed, I am careful to position the clipper and cut away only a paper-thin swath of binder leaf at the tip _ not guillotine off a sizable chunk. The cigar takes more than an hour to smoke over a glass of Santiago rum, filling my living room with gray but surprisingly clear smoke. Connoisseurs talk about the importance of a smooth draw, and it is consistently easy to puff on. I taste something spicy with a hint of creaminess. The cigar’s tip in my mouth gets moist and squishy, giving it a nice chewy feeling. Cuba sold more than US$400 million (euro265 million) worth of cigars in 2007. Americans alone buy US$300 million (euro200 million) in cigars annually, and despite the embargo, officials estimate that US$10 million (euro6.5 million) of that is spent on Cuban cigars bought on the Internet or elsewhere, though many could be fakes.

Like fine wine, top tobacco depends on the right mix of sunlight and humidity. Cuba’s “Vuelta Abajo” region in Pinar del Rio province has perfect soil, with a hint of sand. The average temperature is 23 degrees Celsius (75 degrees Fahrenheit), and humidity hovers around 65 percent.

Cuban cigars are made of five kinds of tobacco, and leafs at the top of the plant, which receive the most sunlight and have the strongest flavor, provide the filler tobacco, with the most-potent sprinkled in sparingly for extra kick. Leaves farther down make binders that hold together the filler. Tan-hued wrapper leafs are grown in the shade and have a thin, stretchy feel like vinyl.

In the countryside, you can buy “Cachimbos,” homemade cigars that are longer and darker than those sold in stores and cost under three Euro cents (less than an American nickel). Rustic but excellent, they are all that farmers _ and most other Cubans _ can afford to smoke. Cuba’s flagship brand is Cohiba. Founded in 1966 to make cigars for Castro, the brand did not begin selling on the open market until 1982.

All tobacco leaves for Cuban cigars are fermented at least twice and aged for months or even years. Two types of leaves used in Cohibas go through a third fermentation for extra flavour. Cohibas are made in a converted mansion in western Havana that employees 120 rollers and cranks out 25,000 cigars a day. All Cuban rollers complete a 9-month course that is so demanding, only about a third of those who enroll pass, said Jose Antonio Candia, a Habanos marketing specialist.

Rollers have to meet daily 8-hour quotas that range from 95 to 120 cigars depending on what type they are assembling. Jose Luis Cedeno, 29, was rolling cigars with a New York Yankees hat on, using long, nimble fingers to cover a binder leaf full of filler tobacco with a wrapper. With a few quick flips of his wrists, a finished cigar took shape, held together by vegetable glue. Some rollers use their teeth to tear away exterior imperfections, but Cedeno’s didn’t need extra polishing.

Up a staircase flanked by stain-glass windows, cigars are fitted with bands and boxed. In one room, there is a single employee, surrounded by finished cigars haphazardly piled on surrounding tables. A Cuban colleague convinces the man to give me a cigar, a Cohiba Esplendido so fresh it has not been labeled.

I smoke the Cohiba under a shade tree in Old Havana’s stately Plaza de Armas. It has the strongest smell of any cigar I’ve sampled. It’s easily my favorite, with a hint of coffee and an electric-metallic taste that leaves my tongue feeling numb, perhaps from the nicotine. I’m soon swarmed by the black-market hawkers. `“Cigar, sir? Cohiba cigar?” they implore, flashing wooden boxes. Many look authentic. I really can’t tell what’s real and what’s not. 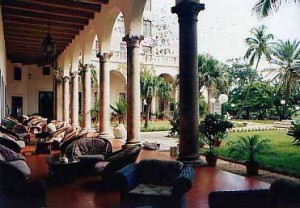 I have tickets to the Cabaret show at the Hotel Nacional. Opened in 1930 and modeled after The Breakers in Palm Beach, few places in Cuba are more famous and it seems like a good spot to smoke the Punch Punch Suckling gave me. (A Cuban law prohibiting smoking in many enclosed areas is largely ignored and you can light up virtually anywhere.)

Decorated in red velvet, the hotel’s Parisian nightclub has an outdated coziness, but is uncomfortable with the 300 spectators regularly packed in per night. The show is spectacular, however, with flashing colors and whirling, half-naked dancers filling the stage.

The Punch Punch is a darker brown than other cigars I’ve sampled. When lit, it smells of ginger. Cigars get better with age, acquiring a mellower and refined taste and deeper aroma. This one has waited almost 20 years to be smoked, and it leaves me thinking of chocolate mixed with a dark wood. It is still burning when the show is over.

As the crowd spills into the night, a doorman taps me on the shoulder and mumbles something about allowing the aroma and flavor to mature further, pointing earnestly at the Punch Punch. My crash course is over and I’m still not sure what cigar fans mean when they say things like that. Guess it’s time to buy some more cigars and find out.

Excerpts from an article in the Economic Times, 2008